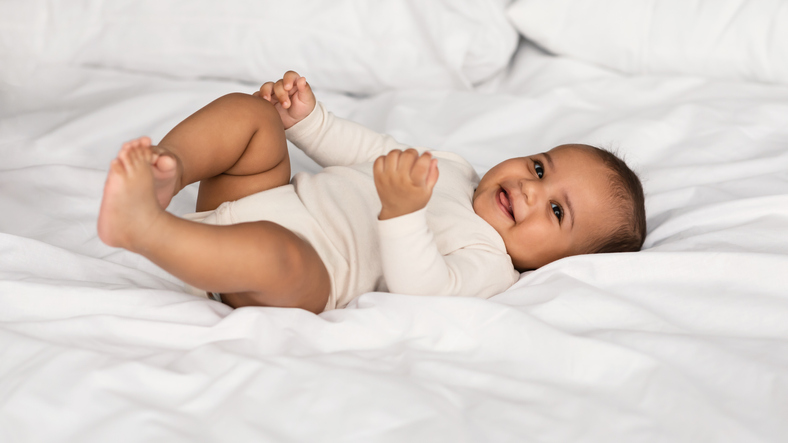 Delays in speech development can be worrisome for parents, and especially for first-time parents, who may not know the speech milestones that children should be meeting at certain ages. Allcare Therapy Services is staffed with SLPs that have decades of experience in dealing with speech-delayed children, and we’ve laid out the timeline for speech milestones that children normally meet as they mature.

The most important thing to focus on for your newborn is that they are responsive to external stimulation. This comes in the form of laughs, giggles, cries, and screams to vocalize pleasure and displeasure. You’ll also hear occasional cooing from newborns. In the first 5 months, if your baby isn’t responding to direct communication, you might want to wait to see if they improve, but it’s never too early for intervention from a speech therapist.

As your baby slowly starts to resemble a real person, they will start to do more than make random noises–namely, attempting to repeat your sounds, understanding commands such as “no,” and communicating what they want or need via actions and gestures. You might also hear them saying “ma-ma” or “da-da” without meaning, and by the time they approach 12 months, they should be saying their first word.

After a year, your child should be able to answer simple questions with a head shake or some other gesture, plus maintain a vocabulary of under 10 words. They should be able to say 2 to 3 words to label objects with less than perfect pronunciation, although perfectly understandable. There will be a word or two they are infatuated with saying.

As your child comes up fast on two years old, their vocabulary should be approaching 50 words with an improving ability to ask for specific foods by name. Pronunciation will still be unclear, but a combination of gestures and names should make their intentions perfectly clear. Full sentences aren’t quite being formed yet, but modifiers such as “more” may be added to foods and other objects they want. Pronouns such as “mine” start to get some usage as well.

Toddlers start to understand how adjectives work, such as “big” and “happy,” and the concept of others is displayed through the use of more diverse pronouns like “you” and “him.” Small, fragmented sentences of 3-4 words start to get formed, and pronunciation should now be much more accurate. Simple questions are given verbal answers, and children begin to understand the upwards inflection at the end of a sentence to indicate a question. Toddlers begin to understand plural nouns around this age, along with past tense verbs.

Language around this age starts to become more abstract–the discussion of thoughts and feelings rather than simply observational language is more commonplace, and colors are able to be identified. Children from 3 to 4 should be able to recognize objects in different groups, such as toys or food. At this point, pronunciation should be almost perfect, with even strangers being able to understand them. It’s at this point in a child’s development that they begin to have fun with language, and they might repeat silly phrases that make them laugh.

Approaching school age, children should be able to understand the spatial relationship between objects or people, with words such as “behind” or “in front of.” They will start to give answers to complex questions and be able to describe the process of doing something, such as how to tie a shoe or how to brush your teeth. Answering questions that ask “why” instead of just “who” or “what” becomes easier, and irregular past tense verbs such as “ran” or “fell” make describing what happened easier. 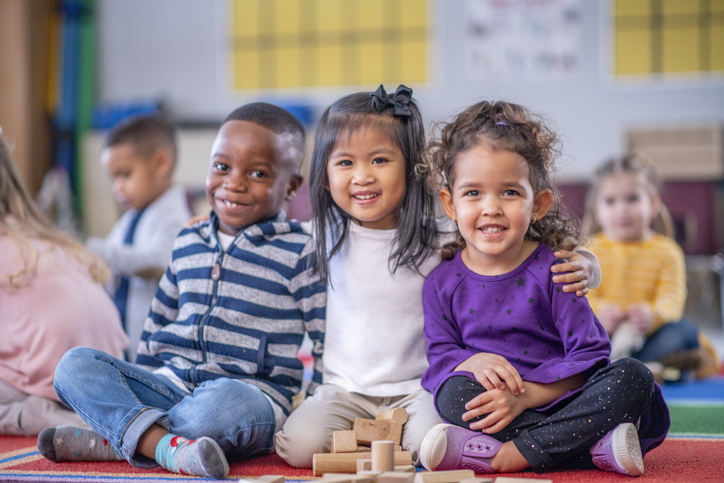 Being able to sequence events and understand the order they happened in is a major milestone for 5 year olds, which goes hand in hand with being able to understand a series of directions that must be followed in order (go to the fridge, get a juicebox, close the fridge). They will actively engage in conversation instead of just speaking when spoken to with complex sentences of 8 or more words. They should be able to describe objects with multiple adjectives and use their imagination to create cohesive stories.

While the timeline for speech development is different for every child, this is a good set of guidelines to adhere to when considering whether or not your child needs speech therapy. If you’re unsure, safe is always better, and a consultation from a professional SLP is just a phone call away with Allcare Therapy Services!